Your basket is empty.

Prices are without VAT and delivery costs 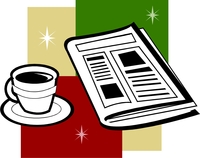 Recovery in the global advertising market

The global advertising market has recovered significantly in 2010. That's in the new Global Pulse AdView message with the gross advertising data from the Nielsen Company. The overall gross expenditure in the past year increased by 10.6% to 503 billion.

According to analysts, the strong growth in the Asia-Pacific, the strong recovery in the automotive industry and the financial sector, the dramatic increase in the emerging markets in the Middle East, Africa and Latin America as well as advertising expenditure under the 2010 football World Cup - important factors for the growth of the advertising industry.

The restoration of all benefits according to Nielsen traditional advertising media, especially the medium TV has benefited (+13.1%). The share of the TV climbed to the entire media mix up to 62%. Radio advertising rose 8.%, followed by the newspapers (+7.0%).

Magazines of all media have the lowest overall growth of 4.9%.

According to Nielsen, the two most troubled branches by the crisis, the branches "Automotive" and "Funding" could recover well. They have increased ther spending up to 20.3 and respectively 17.9%. In the world's top 20 advertisers in 2010 were six car manufacturers according to analysts.

Advertising spending on fast moving consumer goods has increased by 14.6%.

"2010 was the year of rest for the advertising industry" according to Randall Beard, responsible for global Advertising Solutions at the Nielsen Company. "Globally could all regions and all traditional media (TV, radio, newspapers and magazines) make a positive change."

The highest percentage of increase in gross expenditure was in the Middle East / Africa and Latin America with an increase of 26.7% and respectively 21.2%. A total of 23 of the 37 global markets had last year a two-digit increasing were are seen at the advertising spending.

A very clear sign that after a weak year 2009, in which all regions except Asia Pacific, a decline in expenditure reports were again willing to make investments.

For the English information about the decision about the lighters see this website: http://ec.europa.eu/consumers/safety/prod_legis/prod_legislation_lighters_en.htm